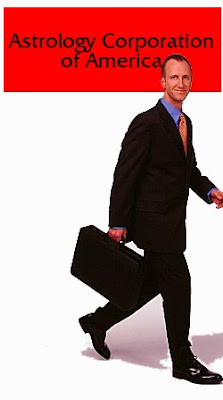 One of the things that you just have to get used to as a professional astrologer is a certain amount of weird phone calls and e-mails. Not that many really, but astrology and astrological magic do attract a certain amount of those who are bit, how do you say, nuts?

I've had a couple of people trying to ask horaries that go something like, "When is the government going to stop putting mind control drugs in my eyedrops?" This actually doesn't surprise me as this is classic DSM-IV paranoid schizophrenia. No, I don't take those questions, since clearly the government is not going to stop its nefarious mind control activities and thus there is no point in wasting the client's money on it.

Today, though, I had the best so far. I got a call from person, in the US, but with a rather heavy accent, could have been Middle Eastern or Eastern European. They first asked if I sold software for creating horoscopes. I suggested Astrodienst as a good free horoscope maker.

The dialogue, as best I can remember, then went like this:

Caller: "Do you know where I can get a good astrology job?"

Me: [Incredulously] "Do you mean an astrology job with a corporation?"

Caller: "Yes, that is what I need"

Me: "There is no such thing as an astrology job!"

Caller: "Do you mean they are difficult to get?"

Me: "They are impossible to get!"

Wow! Well, I suppose it makes sense, you like astrology and you need a job, so let's go on Monster.com and start posting resumes. Gosh, this recession is really bad I'm not getting much of a response.
Posted by Christopher Warnock, Esq at 9:47 PM

This made me laugh out loud. Thanks. :-)

Sounds like the caller comes from a place where you might be able to find an astrology job. Our culture is particularly skeptical of it.

A place where you might be able to find an astrology job? Cool! Where's that? I'd like to get one myself.