How Dare You NOT Use the Outer Planets! 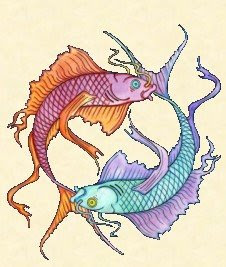 I have frequently been called upon by modern astrologers to justify my use of traditional technique. One of the most popular questions is "why don't you use the outer planets?"

I will say that as a traditional astrologer I use the outer planets like fixed stars, with a very small orb and only conjunctions to significant house cusps or significators. They are, like a fixed star, a secondary indicator. Neptune in a horary can show confusion, obsession, lack of clearsightedness, fraud, particularly financial. Uranus, (I never know whether to call it "your anus" or "urine-us") can show separation and divorce in a horary.

Like a fixed star, these outer planets appear to be sensitive points and secondarily useful. One can, of course, completely and accurately delineate a chart without them. We will not be entertaining any further debate or argument regarding the outer planets nor any other posts unless someone can make a convincing case of an additional way to use them without doing violence to the methodology and philosophy of traditional astrology.

Again, we return to the Modern World View

Modern astrologers see the causality behind astrology as some sort of mechanical, or electo-magnetic or gravitational force because, as moderns know, nothing else exists except matter and energy. Since this is so, then the physical matter and energy of the planets is paramount and the physical existence of a planet means that it must be considered.

The symmetry of the 7 planets and their rulerships of the 12 signs along with the planetary days and hours is thus broken and each new planet and even asteroid is jammed willy nilly into the modern astrological system. Now that Pluto has been demoted from being a planet, is it going to be dropped from ruling Scorpio in modern astrology? Are we going to have 10 days of the week since the week is based on the 7 traditional planets?

The methodology of traditional astrology is capable of completing expressing all relationships, of describing all things using the traditional planets, signs and fixed stars. Insisting that additional planets exist and thus must be used is like insisting that there are more letters than exist in the English language and they must also be used by English speakers.

What we are doing, as traditional astrologers, is trying to see through matter, to the deeper and more perfect spiritual realities that underlie it. A wide variety of systems can do this, sometimes well and sometimes inadequately. If, however, we acknowledge the primacy of the spiritual, then we must not expect to map it well with a system based in modern atheistic/materialism.
Posted by Christopher Warnock, Esq at 3:19 PM