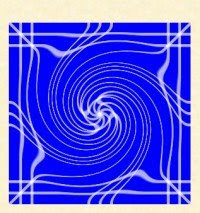 Originally in Hellenistic astrology it appears that house placement had more to do with strength than areas of life, we still have the angular = strong, succedent = ok and cadent = weak distinction.

In Hellenistic astrology it appears that whole sign houses were used in which the rising sign was the 1st house, 2nd sign = 2nd house and so on. We can still see this in the use by 17th century astrologers like Lilly of the word "house" which depending on context can mean either mundane house (house as we understand it) or sign.

By the time of the Arabic astrologers (and note that they are called Arabic because they wrote in Arabic, often they were Persian, Jewish or Syriac) in the 9th century AD, other house systems like Alcabitius and Campanus had arisen and aspects were by degree, ie 60 degrees away was a sextile. Again the original sign to sign practice still has power because out of sign aspects are often looked at as not quite being the same an in sign aspects. By using degree aspects the Arabic astrologers could differentiate applying and separating aspects and thus past, present and future in horary and electional charts. They developed complex aspect interrelationships like
translation of light and collection of light that allowed for a high level of precision in prediction.

Medieval European astrology is basically Arabic astrology, so they used Porphyry, Campanus and Alcabitius houses. In the Middle Ages and Renaissance new house systems like Regiomontanus, Placidus and Morinus were invented. All of these house system systems were available to the 17th century astrologers, but which one they used was often politically based. Protestants, as in England, often used Regiomontanus; Catholics on the continent Placidus.

The "best" house system is a popular and to my mind fruitless, subject for debate. My view is that any traditional house system, ie the ones listed above, is fine. I use Regiomontanus simply because that is what Lilly used and what I trained on. Placidus, the most popular house system in modern astrology is perfectly fine. The key is to not jump around! Pick one and stick to it.

Ok, now aspects. The Ptolemaic aspects used in Hellenistic and traditional astrology are the sextile, square, trine and opposition. Technically since an aspect literally means "seeing" Lilly calls this beholding, a conjunction is not an aspect, but in practice the conjunction is treated just like the other aspects.

"We seldom use more aspects than the conjunction, sextile, square, trine, opposition: to these of late one KEPLER, a learned man, hath added some new ones, as follow, viz:

I only acquaint you with these, that finding them anywhere you may apprehend their meaning" Christian Astrology, page 32.

Lilly uses the semi-sextile as a secondary indicator in one horary and the rest of the new aspects in primary directions in natal charts.

I just mention this to show that "modern" influences were showing up even in 17th century English astrology. In traditional horary and electional astrology and most natal delineation, we use only conjunction, sextile, square, trine and opposition aspects.

Ok, now a bit of philosophy! Why just use the traditional house systems and aspects? From a practical standpoint my experience is that the traditional house systems, in particular the ones I have used, Regiomontanus and Placidus, work, ie give accurate predictive results. Much of this comes, I believe, because traditional astrology is not an assemblage of disparate parts and techniques, but a unified whole. Modern astrology strikes me like a car assembled from many different suppliers on a whim, like having a Toyota engine, Hyundai transmission, Ford windshield, GM doors, Subaru wheels and a Volvo body and seats the driver made themselves. Such an automobile is likely to look weird and be unreliable with lots of problems actually getting from point A to B, just like modern astrology!

Here is more on traditional Houses and Aspects
Posted by Christopher Warnock, Esq at 1:34 PM