Benefits of the Malefics? 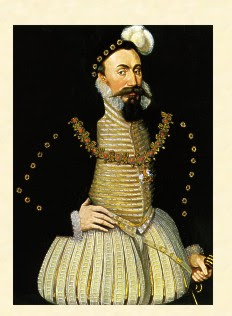 I had question recently about why one would want to use the talisman of a malefic planet, after all aren't they bad?

We have to be careful not to simply think malefic = 100% bad and benefic = 100% good. As the Centiloquium or Liber Fructus the 100 Aphorisms attributed to Ptolemy says,

"In election of days and hours, make use of the two malevolent planets Saturn and Mars; for even so doth the expert physician use poison moderately for cure of man."

While Jupiter's expansive acquisitive qualities and Venus' fun loving pleasures are more attractive, Mars' strength, power and courage and Saturn's discipline and deep wisdom are also necessary qualities. Jupiter and Venus can almost be seen as secret malefics since they can turn into excessive pleasure and enjoyment. Not a popular view in the modern world, but then we have lost our balance, haven't we?

So what else can we do practically with malefics and affliction? Let's look at an example, my Rats Begone! talisman

This is a definitely a malefic, even a curse election. However, it is only malefic for the rat that I want to get rid of, as far as I am concerned what's bad for him is good for me.

Here's another example of the use of malefics and affliction. Being too close to the Sun, known as combustion, is considered in general to be a severe affliction. However, the medieval Italian astrologer Guido Bonatti says,

"And when [the Moon] is under the rays of the Sun she signified secrets and things that have been hidden, and also she signifies matters that must be hidden; wherefore, at that time it is good to manage things that must be hidden and do those things which we wish to conceal from people before the Moon should be separated from the the Sun, but to be sure, at the time after she is separated from the Sun, [we must do] those things which we want to be hidden before she goes out from the Sun's rays."

But approaching this as "hey, what have the malefics done for me recently?" ultimately misses the point. In Hermetic and Neoplatonic philosophy the Cosmos itself proceeds from the One and the Celestial World, in particular, retains that connection and unity. Each planet and star has a necessary role to play. Shakespeare says of Mars, for example,

O great corrector of enormous times,
Shaker of o’er-rank states, thou grand decider
Of dusty and old titles, that healest with blood
The earth when it is sick, and curest the world
O’ the pleurisy of people!

As difficult and unpleasant as the effects of the malefics can sometimes be, they are a necessary part of the unity of the Cosmos.