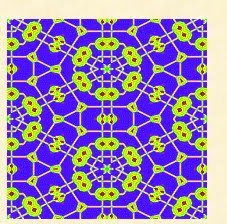 I had an e-mail the other day asking what I thought about the idea of Solar Return travel. First, I need to explain what a Solar Return is. This is what modern astrologers call the traditional Solar Revolution, which is when the Sun returns to the exact degree and minute it occupied when you were born. There are many versions of revolution, most importantly the Aries Ingress, when the Sun goes into the 1st degree of Aries, ie 0 Aries.

Basically as astrologers we can use the return/revolution as a way to forecast the upcoming year. It is not used by itself in traditional astrology but along with natal timing techniques like primary directions and firdaria and then trigger timing is done using transits. Now there is some controversy over whether or not to use the natal or current location for solar revolutions. Morin endorses the use of the current location.

Solar Return travel has grown up as a modern practice in which modern astrologers advise clients to travel just for the day of their Solar Return to a specific location which maximizes the positive and reduces the negative factors of their natal chart. Perhaps that nasty afflicted Saturn can be moved off the Ascendant in Cincinnati and pushed into the 12th house if you go to Tahiti for your birthday.

Now my initial reaction to the idea of Solar Return travel was that traveling for one day wasn’t going to work. But then I mentioned it to my wife and she said, “well maybe there is something magical about it.”

Ah, ha! Now, I had a handle on how to think about Solar Return/Revolution travel. Basically if you treat it as a predictive technique then it is going to be an [broadly] accurate method of predicting the upcoming year for the location you use for the return. If you do your solar revolution with Chicago as the location it will give you a prediction of what will happen to you if you live in Chicago. The Tahiti revolution, as nice as it is, isn’t going to be an accurate predictor unless you permanently move there.

The only reason that going to Tahiti for the day of your solar revolution would make a difference would be if there was something magical going on. And indeed this seems to be how it is characterized by some modern astrologers,

“Take charge of your life! and receive the support of the stars. Travel on your birthday to the best destination, location to energize a positive focus for your current year’s Solar Return. Empower your intentions, your goals, and your desires for the year unfolding.”

They don’t call it magic, because that gives them the heebie jeebies or they simply don’t recognize that that is what is going on. Still it does makes sense that you could use your solar revolution as a magical election.

That being said you are going to need to do something with this election other than simply showing up! If the energy of the moment of the solar revolution is special then you need to fix it somehow. This is exactly what astrological talismans do. Being created at a particular moment they capture the energy and power of that moment and preserve it. At the very minimum you would need to do an invocation of the appropriate astrological spirits.

My sense would be that you treat solar revolution magic like a house talisman. Invoke the key planets or even all of them and inscribe their symbols on a talisman as we do for house based talismans like the Fountain of Wealth talisman.

Once again the fact that modern astrologers really don’t have a clue as to how astrology works causes endless confusion. In this case, the Hermetic and Neoplatonic philosophy that underlies traditional astrology and our experience with astrological magic gives us an excellent template for evaluating solar return travel.
Posted by Christopher Warnock, Esq at 6:36 PM

I learned from John Frawley to use the natal location for solar and lunar revolutions (as well as progressions) since the natal chart is the radical (root) chart that everything is related back to. I've never experimented with 'solar return travel', but we know from experience that the natal location for these charts works impressively well.
When Obama became the Democratic nominee for the presidential race, I stuck my neck out and said he would be the winner. This was all based (besides the progressions), on his solar and lunar revolutions calculated for Honolulu. They were extrememly impressive, although I admit, I didn't do any of the charts for DC or Chicago. More proof for the stupid 'birthers', that he wasnt 'secretly' born in Kenya.