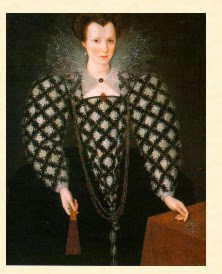 I was asked by a poster about the use of natal factors in elections. While traditional sources often insist on using the natal chart for elections, they rarely give any practical advice on how to do so. One of the few sources to explain how to use natal charts for elections is Gadbury's Nauticum Astrologicum, which actually gives actual examples of how to elect using a natal chart, a horary chart and just straight elections.

Essentially what Gadbury suggests in the use of natal factors, is making favorable aspects between significant houses and planets in the natal chart and in the election.

More typically we get sources like Ramesey who say to use the natal rulers in elections without explaining exactly how this is done.

What is notable about Gadbury's examples and also real life examples, is that when you try to use natal factors in elections, you end up with some pretty pathetic elections. The problem is that you can generally only select for say 3-5 factors in the chart and if you are limited by the natal chart already it messes up your election. Gadbury does say that you can do a good election without natal factors at all. I personally endorse this approach

It sounds appealing, particularly to moderns who have natal on the brain and use it for everything, but trying to import natal factors into an election has serious practical limits. It is very easy to pontificate about elections and supremely easy to criticize ANY election, but invariably when it comes time to actually come up with an election, the pontificators' and critics' charts are truly godawful.

I just try to get a good election, then, if I can add in something like the same rising sign as the elector (person using the election) that's nice. This is certainly an area in which views differ and I recognize that my approach is not in line with many traditional sources. However, these sources never seem to give any real examples! As a professional astrologer I cannot say to a client, "forget about filing those court papers until Saturn is no longer afflicted 6 years from now since you have Aquarius rising." Besides I do have Aquarius rising and I managed to do lots of good elections when my Ascendant ruler was afflicted. So while this is a bit of a rough and ready approach, it does have the advantage of being practical and usable.
Posted by Christopher Warnock, Esq at 10:30 AM