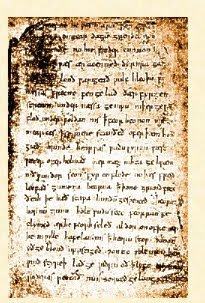 The issue of "old English" comes up frequently with my course material. It does not mean any English over 20, 50 or even a hundred years old.

As far as the term "old English" this has a specific technical meaning. Old English is the form of English spoken from the 5th to 12th centuries and is essentially a foreign language. The most famous work in Old English is Beowulf.

Middle English was spoken from 1200-1400 and its most famous author was Geoffrey Chaucer whose most famous work was the Canterbury Tales.

Early Modern English dates from the 16th & 17th centuries and its most famous author was Shakespeare.

Modern English dates from around the 18th century till the contemporary period.

Lilly and the other Renaissance English astrologers wrote in Early Modern English, not "Old English", and in a form about 50 years after Shakespeare when spelling had settled down a bit. An educated, native English speaker really has no excuse for not reading Early Modern English. It takes a bit of practice. If English is not your native language then you may need to take some extra effort with it.

Two points. First, what is most complicated about Lilly's Christian Astrology, written in 1647, is not that the f's look like s's, though that's what jumps out at you, but the concepts and methods themselves.

Secondly, there just isn't much of a substitute for reading these 17th century authors. Christian Astrology is the key text for horary, Ramesey for electional. Ben Dykes has sold out his English translation of Bonatti's Book of Astronomy which is about the only other text you could use which is not in Early Modern English.

If you want to learn traditional astrology in English, you will eventually have to tackle Early Modern English texts.
Posted by Christopher Warnock, Esq at 4:22 PM