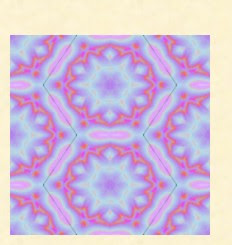 I would agree that a sacrifice, which could be an offering, is definitely part of traditional astrological magic. Picatrix is full of animal sacrifice, which I personally won't do. I consider the use of candles and incense to be a sacrifice because they are consumed by flame. What you describe as an offering is something I have been suggesting for awhile following the example of planetary charity in Vedic astrology.

While I agree that the offering you describe is entirely appropriate and would be good to do, I disagree that somehow following this method is required. If we look at Picatrix Bk IV, ch 9, with regard to the creation of Mansion talismans, there is no mention made of an offering, for example,

"The second mansion is Albotayn, and it is for the removal of anger [from between two people]. When the Moon has passed around to this Mansion, take white wax and mastic and melt them together over a fire. After [they are well mixed], remove them from the fire and form from it the image of a crowned king. Cense this [image] with lignum aloes, and say: "Thou, O Enedil, drive away this anger with NN from me, and let me be reconciled with him, and let my petition be agreeable to him." And you should carry this image close by you, and it shall be done as you wish. And know that Enedil is the name of the lord of this Mansion. And this is his figure."

The key elements to creation of a Mansion talisman are the creation of the talisman, burning of incense and invocation at the astrologically appropriate time. If you do this, as I have done, you will create a magically powerful talisman.

Certainly one can do more, and certainly an offering as you describe will be a useful addition, but it is not vital as we can see from Picatrix.
Posted by Christopher Warnock, Esq at 9:52 AM