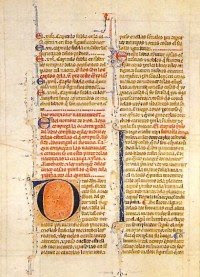 I have just received some very interesting material, several books from Ali Aben Ragel's Complete Book of the Judgment of the Stars. This is fascinating material, but it is in Spanish. This is one of many books of astrology translated from Arabic in the court of the Castilian king Alfonso X, known as El Sabio, "The Wise" Just like Picatrix!


People often ask if they can alter their fate with elections. The traditional answer seems to be that you must start with the natal chart, but that it can be worked with.

Here is an interesting section from Ali Aben Ragel's Complete Book of the Judgment of the Stars, Book VII, on Elections, chapter one,

If these significations are [found to be] malefic in the radix of the nativity, then elections for children or marriage or for a trip and or an election to generate children will not be successful or the election will not be of as much power [or will] be delayed, but you can hope that [the election] changes the signification of the planets in the radix of the nativity and indicates good fortune.


It is interesting to compare this to Ramesey's Astrologia Restaurata, page 122.

I like Aben Ragel's statement that if the natal indications are bad, well you can hope to make them better with an election and that a good elections increases even benefic natal indications.

More on Electional Astrology
Posted by Christopher Warnock, Esq at 8:48 AM