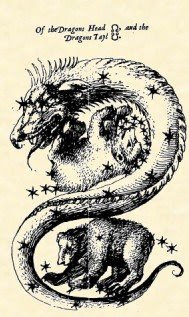 However, there is a higher level problem which is once these techniques are learned some practitioners can start to treat the sources almost idolatrously. The Holy Writ According to the Sacred Lilly and such! This ignores the fact that there was a certain amount of individualized technique then and as well as now and it also has
the effect of freezing all traditional astrology permanently as written in 1647.

Definitely the student of traditional and the learner needs to stick strictly to what our sources say. But at some point those who have mastered traditional astrology need to be able to develop their own individualized technique.

Let's break this down,

(1) This individualized technique is just for those with mastery. Perhaps we can provisionally place mastery as having judged over 1,000 actual horary questions by posed by others using just traditional methods. This limits it to a pretty small group!

(2) The individualized technique cannot violate the key tenets, the framework of the traditional astrological system.

Let's give an example, probably the only technique I use that it is not strictly traditional, which is the use of the outer planets in a manner comparable to fixed stars. Thus in a relationship horary if someone asks, "Will I divorce X?" and Uranus, which seems to be associated with divorce and separation, is conjunct the cusp of the
Ascendant or 7th house, this is a secondary indicator of divorce. Of course I would not judge divorce solely on that indication!

Now the use of the outer planets in this fashion is very limited. I use a very small orb and only conjunctions and only consider them if they are germane to the question and conjunct a significator. They do seem, however, to be sensitive points, analogous to a fixed star and useful secondary indications.

Finally, philosophically the basis for using the outer planets seems to be that "well they physically exist so you must use them" In other words, the physical planets are paramount. Whereas the traditional, at least Neoplatonic/Hermetic view would be that the physical planets are an imperfect reflection of deeper, underlying spiritual order. The traditional planetary rulership system is more perfect, more symmetrical and thus more reflective of the underlying spiritual order which is paramount over the material in stark contrast to the modern view.

What I am trying to do is work through how the small group of masters of traditional astrology can stay within the tradition and yet not be stuck doing nothing that is not found in Lilly or other traditional sources. I have no personal desire to innovate, and indeed I have never come up with a single new technique myself. I don't however, want to freeze the practice of traditional astrology permanently. There are ways to add to the practice, to develop our own individualized technique while still remaining within the tradition.

But remember kids, don't try this at home, wait until you have done 1,000 charts and you will find your desire to innovate almost non-existent.