Planetary Rings from The Book of Treasure of Alexander 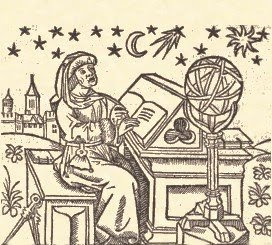 The planetary rings from
The Book of the Treasure of Alexander are very interesting and quite characteristic of astrological magic. We note that they are created when the planets are in the degrees of their exaltations, translated here as the degree of their honor.

The tenth century Islamic astrologer Al-Biruni notes that there is some controversy as to whether the planets are only exalted in their particular degrees or in the whole sign. In traditional astrological practice we use the entire sign, however, the degree of exaltation is considered to be particularly powerful.

Here are the exaltations of the planets:

The Book of the Treasure of Alexander has some variations from both Al-Biruni and the medieval Jewish astrologer Abraham Ibn Ezra as far as the degrees of exaltation:

A very interesting point is the instructions given for construction of the rings. Here is the Sun ring, "You need to labor to make sure that the beginning of your effort is when the Sun enters this degree, and so is completion of the etching and the construction so that all your work is completed within that degree. If it isn't completed then stop the work until the Sun enters this degree again." I have always felt that this was implicit in the construction of talismans and that they should not only be started, but also completed while the selected astrological factor was in operation. The suggestion to finish when the factor occurs again is logical and perhaps some opportunities for recharging talismans are possible.

Also very interesting are the "activation" instructions. For example, after making the Jupiter ring one is advised, "You keep the ring until Jupiter is conjunct the Moon in Cancer is the fifteenth degree or somewhere close to it then wear and what was mentioned will occur." After making the rings under particular conditions, then we must wait until the happening of another astrological condition for it to be fully activated. Generally this second condition involves the Moon.

This is also quite logical since Picatrix, the premiere grimoire of astrological magic says,

"And draw your attention to the Moon in all works [of magic] as if it were the chief of all the other planets because it brings about evident manifestations and judgments in all things in the world and it pertains to the power of generation and corruption and she is the mediatrix [female intermediary] in the advance of your work, receiving the influences and impressions of the stars and planets and pouring them out to the inferiors of this world. "

Again, I have felt that the importance of the Moon was implicit in all elections and have attempted, whenever possible, to have the Moon aspecting the planet or fixed star in question.

The metals are what we would expect, with interesting example of the ring of Mercury which is made of mixed iron, gold and silver. Mercury as signifying mixed things is typical of traditional sources, Cornelius Agripa noting that Mercury rules "divers" and mixed colors. Three Books of Occult Philosophy Bk I, ch 29.

The effects of the rings are quite in line with the traditional planetary attributions. All in all, very interesting and clearly in the tradition.
Posted by Christopher Warnock, Esq at 12:15 PM

Labels: astrological magic, book of the treasure of alexander, talismans