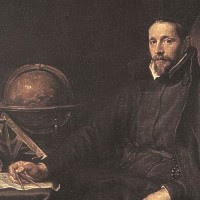 One of the arguments that professional "skeptics" use against astrology is that it is cold reading.

Let me step back and say that these skeptics are moderns and thus atheistic materialists. Knowing that there is only matter and energy (they are the same E=mc2) they "know" without any investigation that a spiritual science like astrology must be completely bogus. They therefore explain the public's belief in it as foolish credulousness and the astrologer as the conniving conman relying on the technique of cold reading.

Cold reading is a method where the reader uses statements that appear to be specific to the individual being read, but are actually generally applicable. It actually takes a good deal of skill to do well. The cold reader carefully observes the gender, age, social class, clothing, demeanor, etc, of the subject and then gets the subject to provide the reader with information which can be woven into a very convincing reading.

Here are some examples of cold reading statements from a Psychic Hotline page for psychic readers:

(Career) You wonder if your career is going in the right direction. You feel restless and unfulfilled. I do see many changes in the next few months. Be on the look-out for new opportunities outside your field, or a chance for
advancement within it.

(Death) Death is not a stranger to you. It has knocked on your door more than once. You have feared for your own life, or the life of someone you love. Basically, you are a strong person who is able to endure.

(Money) I see dollar signs. Money is in your future, but you'll have to work to get it.

(Luck) People may talk about how lucky you are, but you know the truth. Your success is due more to hard work than good fortune.

(Marriage) Marriage has not always been a blissful state of affairs. I see a marriage that at one time was missing any things that bring security and joy. In the future, I do see a happy marriage full of promise and financial security.


Note how these questions apply to you individually!!!! Of course, everyone has that reaction because they are pretty generally applicable.

Note also how the reader puts a positive spin on things, always promising good results, in the future, of course. I have noticed that people usually do a reading because they consciously say that they want to accurate get their question answered, but in fact, they are really looking for a positive and reassuring answer. Here is another quote from a different page on the psychic section,

"If something comes up negative in a reading you should always look for what can be done to change it, like "The cards show this could be a problem but they also show what can be done about it". Get the idea, it's easy to do, and it's why they called."

Another technique used in cold reading is call self serving bias. People will generally agree with any positive statement made regarding them. This accounts for the fact that 80% of people agree that they are above average drivers, clearly statistically impossible!

So, now that we know what cold reading is, can we attribute the predictive ability of traditional astrology to it?

Well, cold reading certainly might have a hand in modern astrology. It is obviously the basis of all Sun sign columns since each signs prediction could be switched around and still be just as appropriate. Modern psychological astrology also tends to be rather vague and all inclusive, so while it is more individual, cold reading could still play a part.

Traditional astrology is quite concrete and precise. If I predict that someone will not get married to X, and they do then I am clearly wrong, so we have a good testing mechanism. However, it is still possible that predictions are driven,at least partially, by the additional personal information provided.

I have been somewhat paranoid about doing a cold reading rather than an actual astrological prediction so I have been aware of the issue for a while. I have sometimes erred on the side of getting too little additional information beyond the question, information that could be useful for the question. Typically I asked for the question in a sentence plus a paragraph or two of background.

I don't always get this much information however. Here is an excellent example and one that I think shows that traditional astrology is not dependent on cold reading.

I received an e-mail that said simply, "Will X and I make up and be friends again?" No background, no additional information and from a new client that I knew nothing about other than her name.

In this chart Taurus rises and it is Moon hour. As the Moon rules earth signs by night, the chart is radical and has indications of accuracy.

As Taurus rises, Venus is the significator of the querent (person asking the question). Venus is peregrine and in the malefic 8th house. Venus has just separated from Pluto.

When considering X as a friend, we look to the 11th house and its ruler Saturn. Saturn is in detriment, retrograde and in the cadent 3rd house. We also look at Mars who is in the 11th house as a co-significator of X. Mars is peregrine. Mars is also the ruler of the 7th house of marriage and romantic relationships.

The Moon shows action. The Moon is peregrine in the 5th house. The Moon has separated from an opposition of Mars, co-significator of X. The Moon applies to a square of Venus, significator of the querent, without reception.

Venus, significator of the querent, has no contact with Saturn, the ruler of the house of friendship, which is probably a good thing since Saturn is so afflicted. Venus does separate from a square of Mars, co-significator of X.

All the action in this chart is going on between Venus and Mars. But Mars really is M considered as a romantic relationship as well as friend. Certainly the 7th house of romance is afflicted by the presence of the South Node. The extreme affliction of Saturn seems to be indicating that X would not be a good prospect for friendship. I suspect that the querent would really prefer X as a romantic interest.

So the chart tells us that the X is unlikely to be the querent's friend. Saturn, ruler of the 11th is afflicted and there is no contact between him and Venus, significator of the querent. Venus separates from a square of Mars, co-significator of X as friend, indicating, not a reconciliation in the future, but a past argument. The Moon, significator of action also separates from an opposition of Mars, and then applies to a square of Venus showing past problems and events going against the querent, so far as this question is concerned, in the future.

While this may be off base, I note that Venus eventually is conjoined by Mercury, who is in the 7th. This may indicate that X pursues the querent in a romantic way. However, with Mercury only dignified by face and afflicted by being in detriment, this is unlikely to work out long term. As I said, however, this is getting off of the question and may not be relevant.

Here is the client's response,

Damn you're good! That was one unbelievable read on my subconscious.

So, with nothing more than the chart and my judgment I gave a very accurate delineation of the situation, which was not as it immediately appeared from the question.