Modern vs. Traditional Approach to Astrology 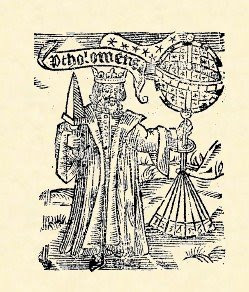 I received insight into a major difference between the modern and traditional approach at a lecture I attended by a fairly well known astrologer who uses some traditional techniques. The astrologer mentioned the question of reception. Now by Lilly's day reception meant mutual reception, that is where one planet is in the sign (and sometimes exaltation) of another, e.g. Sun in Scorpio, Mars in Leo (sign/sign) or Sun in Aries, Mars in Aries (sign, exaltation).

However, the astrologer neglected to mention that Bonatti in the 13th century and earlier medieval Arabic astrologers did not limit reception to mutual reception, though this was a particular strong form of it. For Bonatti to be in reception planets had to be making an applying aspect and one planet had to be in the dignity of the other. This was further restricted by the fact that the dignity was either sign or exaltation, or any two of triplicity, term and face. Also if either of the planets was in each other's detriment or fall, reception was ineffective. We can see that this definition includes mutual reception, but is broader.

The astrologer then went on to mention Ivy Goldstein-Jacobson's "theory" that planets in mutual reception "change places" Now this is something she invented herself and traditional astrologers have spent the last 20 years trying to stamp out in traditional horary.

The astrologer then "proved" that this technique works using celebrity charts and a horary. The horary question was, "Should we accept the offer for the house?" Now these are fairly straightforward questions in traditional horary. We use the 1st house and ruler for the querent, here the seller, the 7th house and ruler for the buyer (in this question) the 4th for the property and the 10th for the price. As first ruler was applying to an opposition of 7th ruler , clearly the answer was, "no, do take the offer", or alternatively "you won't take the offer" Same difference.

Rather than this simple exposition, the astrologer launched into a complex and confusing digression about the proper method to evict the tenant then residing in the property and the outcome of that effort. This prediction was correct, but I couldn't follow the explanation or replicate the result myself.

What I realized was that this astrologer was basically using a modern approach with a few traditional elements added. What this means is that the chart is basically equivalent to a crystal ball, tarot cards, or the entrails of animal. They are methods for accessing the psychic powers of the soothsayer. All quite effective divination techniques in the hands of the proper person, but not really a system that can be taught.

Now I have been asked if I am a psychic. My usual response was, "no, astrology is a science" I realize that this is not quite true. I do use intuition, but only after casting a chart and letting the chart lay out the parameters of the answer. Once the chart gives me a number of possibilities, then I can use my intuition and judgment to decide on the correct one. For example, was the answer to the astrologer's question, "Don't take the offer" or "You won't end up taking the offer (perhaps it will be withdrawn or there will be problems with the buyer)?