The Wisdom of "I Don't Know" 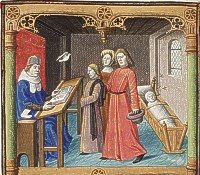 If you go to an astrology conference you will find that modern astrologers (there aren't enough traditional ones to get a decent sample) have a habit of explaining everything astrologically. The weather was caused by Pluto, the late start time of the conference by Uranus sesquiqadrate the asteroid Ceres and the spate of food poisoning by Neptune progressed to the Sun. What I always found confusing was how absolutely confident they were in their diagnoses. I had an astrologer at a conference try to analyze me based on progressions in my chart. He was similarly confident, but way off. I was too polite to mention that he was incorrect, but I did enjoy having the focus on me.

I wonder how much astrology consists of this misplaced overconfidence on the part of the astrologer and clients who are too polite and too entranced with being paid attention to to mention that the astrologer is flat wrong? I get a lot of people asking me about the effects on the country or world of things like planets changing signs or transits, etc, or the astrological cause of mundane events. I always say, "I don't know, as I have not studied mundane astrology" They always seem rather disappointed.

Plato in his Apology quotes Socrates that the only true wisdom is in knowing you know nothing. Since I am not a wise man, I must content myself with a careful and searching analysis to know what I really know.

So I will continue to say, despite the blow to my image as omniscient sage, "I don't know" Thus I will be deluding neither myself nor my clients and I will be spurred on to learn more rather than rest satisfied in my ignorance.
Posted by Christopher Warnock, Esq at 7:27 PM