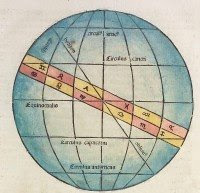 I have been asked how I can do magic, when it is possible that the magic may interfere with someone else's free will. This often comes up in the area of love magic.

First, I would begin by saying that Renaissance astrologers did not subscribe to the Stoic idea that all things were absolutely fated. They were generally Christians and fairly orthodox and accepted that Free Will existed. However, they saw the body and passions as under the rule of the stars and only the divine part of humans (soul or spirit) as capable of exercising free will. Thus both Fate and Free Will operate simultaneously.

My experience, both astrological and personal, tends to support this. I frankly don't see many people, myself included, exercising free will. Think about it. Free Will is not choosing Coke over Pepsi or a BMW over a Porsche. This is merely choosing to a method to satisfy our passions and desires. One of our modern archetypes, a strongly held belief, is that we are rational, logical individuals, that we can make our own fates. If this were so, then we could not predict even a person's character or psychology from their chart, let alone make the sort of precise prediction that traditional natal and horary are capable of.

So, as a preliminary matter, I question whether people have that much free will in the first place that can be interfered with. Essentially we must go with the flow as astrological magicians. We can make use of the natal chart of the person we wish to affect, but that just tells us what they are fated to do and what sort of lures they are susceptible to.

Secondly, I have noted that moderns are extremely squeamish about the idea of using traditional supernatural or spiritual powers to influence others. They are not at all concerned about other methods of influence. I have never been condemned for advertising, marketing or public relations, but these are, in fact, extremely powerful techniques of mass magical mind/consciousness control.

Let's look at mind control and influence on a more personal level. Do we condemn a woman wants to seduce a man and asks his friend about his likes and dislikes, changes her style and clothing to suit him, wears makeup and perfume, makes frequent eye contact, laughs at his jokes, puts her hand on his arm, all with the intent to influence and inflame him? Much of this seduction is taking place on an unconscious level for him, he is only aware that he is enthralled by her.

So while this has been a rather long answer to the question, the bottom line is that there can be no doubt that magic is an attempt to influence and control the will of others. If the potential user does not wish to do this, one should not practice magic. But to be consistent one should not advertise, market or use public relations. One should show up for dates, interviews and public occasions unshaven and unshowered, when asked "am I too fat?" one should honestly answer "Yes!" etc., etc.