Talismans in the Arabian Nights 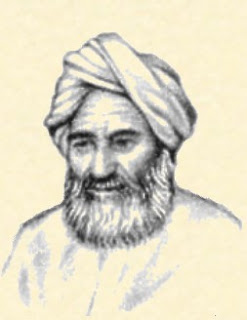 I was recently reading a complete translation of Alf laylah wa laylah or The Thousand and One Nights, also known as the Arabian Nights. There are many variants, but this is basically a medieval Arabic text.

I came across this interesting discussion of talismans. In this story, "the Wisdom beneath the Severed Heads" a young man is being tested on his knowledge.

"You have escaped death a second time, young man" said the princess, "Now tell me to what [do] talismans own their virtue?"

The young man answered from his horse: "O, princess, they owe their sublime virtues and miraculous effects to the letters which compose them; for there is no letter in the language which is not governed by a spirit, ray or emanation of the virtue of Allah. The spirits of the intellect communicate with those of the soul and the those of the soul with those of the senses. Letters form words and words form sentences; and the sentences written on talismans are nothing but a collection of spirits which, though they may astonish the ordinary man, do not trouble the wise; for the wise know the power of words and are aware that words govern the whole world. Whether they are written or spoken, words can destroy kings and ruin empires. "