The Planets & the Chains of Cosmic Correspondence 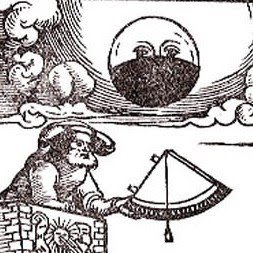 Traditional astrology, the astrology practiced before 1700, used the seven ancient planets, visible to the eye: Saturn, Jupiter, Mars, the Sun, Venus, Mercury and the Moon. The word planet comes from the Greek, planetos, wanderer, and comes from the fact that the planets moved in their own distinct orbits against the backdrop of the fixed stars and constellations.

Each planet was associated with a Greek or Roman god and the qualities of a planet had a great deal to do with the god it corresponded to. While this is taken for granted by many astrologers it does appear somewhat puzzling. Why would a ball of rock or gas, seemingly randomly placed, have anything to do with pagan gods?

The answer is the key to traditional astrology and the philosophies that explain it. Traditional astrologers lived in a world of Divine order created by God with a web of sympathies and correspondences that connected everything in the Cosmos. The Renaissance philosopher and astrologer Marsilio Ficino says, "Most important, the cosmos is itself an animal more unified than any other animal, the most perfect animal..." Marsilio Ficino, Three Books on Life, trans. Kaske & Clarke (MRTS, 1998) p. 251. As the Great Man the Cosmos as Macrocosm corresponded to the individual man, the Microcosm. Each person is a Universe complete unto themselves perfectly ordered and connected to the whole of Reality.

For Renaissance philosophers and astrologers the planets were a key part of the Celestial World, itself the essential link between the Divine World of Angels and Intelligences and the Material World. Each of the planets rules a myriad of things here in the Material World. The famous English astrologer William Lilly states, for example, that Saturn rules old men, brick makers, the spleen, hemp, crows and lead. Christian Astrology, pages 57-60.

What this means is that each of the things ruled by a particular planet share certain qualities, powers and virtues embodied in a celestial form exemplified by their planetary ruler. The planet, in turn, is the instantiation of one or more Divine Forms or Ideas. Thus everything in the Material World has its origin in the Divine World through the mediation of the celestials.

It is the characteristic of matter that it resists the imposition of Forms and Ideas. This quality of matter means that all material things will lose their forms through decay and death. In addition, the Heavens are constantly pursuing their ordered orbits, endlessly imposing change on material things. Thus birth, corruption, death and rebirth endlesslycycle in the Material World in unceasing obedience to the Celestial and ultimately to the Divine Worlds.

The mechanism that connects the Divine to the Celestial World and then the Celestial to the Material World is an intricate web of correspondences. Ficino says,

"I have said elsewhere that down from every single star (so to speak
Platonically) there hangs its own series of things down to the
lowest...Under the celestial Serpent or the entire constellation of the
Serpent-bearer, they place Saturn and sometimes Jupiter, afterwards
daemons who often take on serpent's form, in addition men of this kind,
serpents (the animals), the snake-weed, the stone draconite which
originates in the head of a dragon, and the stone commonly called
serpentine...By a similar system they think a chain of beings descends
by levels from any star of the firmament through any planet under its
dominion.”

To make use of the these chains of correspondence we must identify the qualities we wish to intensify or avoid, the material items that embody these qualities and the planets that rule them.
Posted by Christopher Warnock, Esq at 8:49 AM